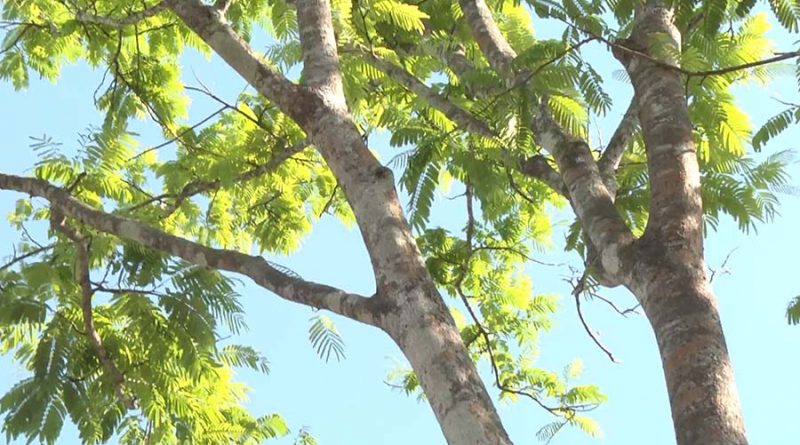 A tree was discovered to have tiny droplets of water dripping down similar to rain in Phatthalung province. The tree stands in a property located at the main city of Phatthalung and belongs to Arun and Nipi. The tree is claimed by the owners and villagers in the area to have been raining for 4 days in a row. People are traveling to the property to witness the amazing phenomenon of the raining tree.

Pongthep Pratumsuwan the district-chief officer reported, officers from the health department and officers from the Ministry of Natural Resources and Environment went to inspect the tree. At the time of the inspection, villagers were surrounding the tree to witness the water that was dripping down from the tree.

The villagers stated that the tree always rains in the morning then calms down at noon and rains harder after sunset. The officials couldn’t tell right away why the tree rains when they went to inspect the tree but it is estimated that it might be a natural phenomenon depending on the type of the tree or it might be caused by a type of insect that resides in the tree.

Arun the owner stated that he tasted the water that was dripping down from the tree and discovered that the water was clear and had a nice aroma with no taste. The color and aroma of the water changes when left overnight. The officials warned the homeowners and villagers to stop drinking the water until test results come out to what exactly is in the water.

The officials have collected samples of the water and will be testing to see what is in the water and whether it can be consumed safely or otherwise. Before leaving, officials warned the villagers to not drink the water until they know what’s inside as it can lead to health issues and even death.

FB Caption:  The officials warned the villagers to not drink the water until they know what’s inside as it can lead to health issues and even death. 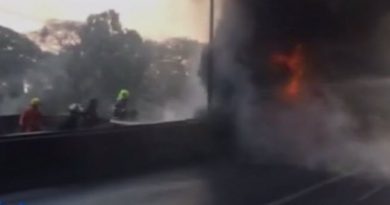