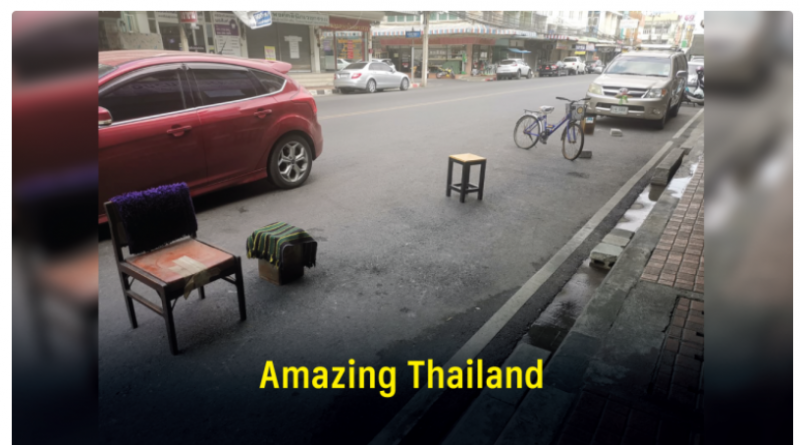 A tourist visiting Thailand saw chairs placed on the road and understood it as a sign of kindness, where the truth is the chairs are placed as a securement for a parking spot. The story was shared by Facebook user Chotipat Wachipaibunsuk on 22 November 2019. The post had a picture attached that showed two chairs placed on the road with a bicycle and a few other cars. The Thai Quote website stated “those who don’t know, they’ll say nice things. After seeing chairs placed on the road, the tourist thought Thai’s were kind as they had placed chairs for people to sit on. The truth is the chairs are to keep a parking spot. This is illegal and the maximum fine is 10,000 THB.”

Chotipat stated in his post “A relative came to visit Thailand from Germany. I took him on a tour and was walking in a market when we saw the chairs. He turned to me and said that Samut Sakhon people are very kind. They place chairs in front of their homes so that others can come and sit, this means that they care for other people. Those who are traveling can come to rest on the chairs. I didn’t know how to feel so I answered sarcastically and said these people are so kind, they park their cars in the middle of the road so others can sit on the chair. I don’t have to say where this is, the district office is right across from here.”

Chotipat posted an update on 26 November 2019 with a picture and a caption that stated “The police are reorganizing the road at Mahachai market. The officers are doing the right thing, too bad my relative returned to Germany already”.

According to the Act of the Maintenance of the Cleanliness and Orderliness of the Country B.E. 2535, no one can place an object on the road unless it is placed by a government officer or the traffic police. The punishment is a fine not exceeding 10,000 THB. If the object is a danger to others on the public road then it is also breaking criminal law with punishment not exceeding 5,000 THB.

FB Caption: “A relative came to visit Thailand from Germany. I took him on a tour and was walking in a market when we saw the chairs.” 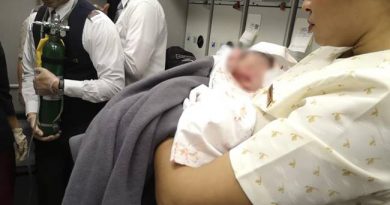