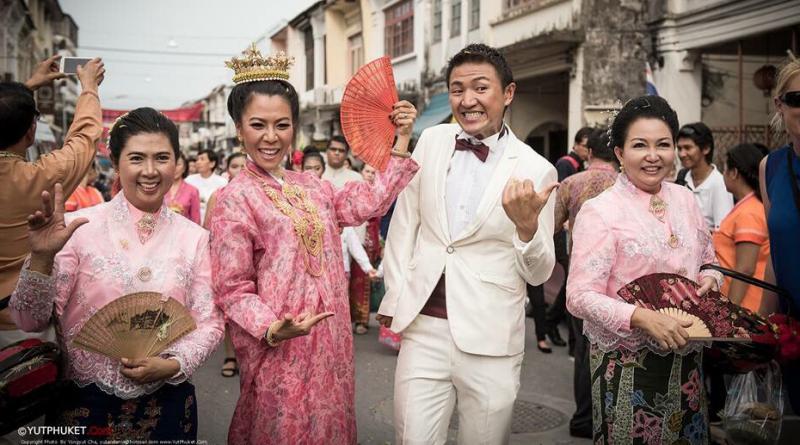 APART from being a true beach paradise, Phuket is also a famous wedding destination which attracts a growing number of love birds all year long.

Phuket’s culture is influenced by Peranakan, the ancient Chinese immigrants who lived in Malaysia between the 15th and 17th centuries and later became Phuketians’ ancestors and passed on their priceless traditions for generations, including the exquisite Baba Wedding which is hosted every year by The Thai Peranakan Association. Kiranee Narabal, Phuket influencer, detailed her experience as she chose to celebrate this very important date as a true Phuket local.

“Spending time working overseas and in other provinces makes me appreciate our charming culture even more. Baba Wedding was always in my mind and when I found this package from The Thai Peranakan Association, I went for it right away and it was absolutely magnificent.”

“The organizers brought us to a pampering spa on the pre-wedding day. As it was a joint wedding, we also got to know the other five couples and had some fun activities together, including a dancing class.” Baba wedding is a very meaningful and colorful ceremony. The bride’s dress is a long bright lace gown with the Pate (the Malay style batik sarong) and a set of traditional gold necklace, brooches, anklet and gorgeous beaded sandals. The groom wears a vintage western style suit influenced by the relationship with the Western traders in the ancient times. The splendid costumes are prepared by the organizers who make sure every detail is as accurate as the tradition.

The Chinese traditional rituals were held in Hongyok House, which is filled with precious memories of Phuket followed by a long carnival parade led by the brides and grooms who are enclosed by their family and friends, Phuket authorities, the association and a lot of Phuket local celebrators.

“I wore four-inch high-heel shoes, walking under the midday sun of the tropical island, but believe it or not, being surrounded by these amazing people, not only in the parade but the locals who wore traditional clothes celebrating along the road and also those who came out of the second floor windows scattering flowers on us, was so wonderful that I forgot the ache and heat,” she recalled.

“My husband and his family were very impressed. Wearing traditional costumes and attending the very original blessing ceremonies gave them a fun and memorable experience. My husband loved the photo shooting at Thai Hua Museum after the parade.” The wedding package includes a two-night honeymoon at a luxury accommodation which is chosen from a lucky draw.

“All of the hotels and resorts in the lucky draw were great. We got two nights stay at a nice resort in Cape Panwa. The organizers arranged for a car to send us there straight after the wedding party. We didn’t expect anything but a deep sleep after a long day but opening the door, we found a suite with a lovely honeymoon style decor, a bottle of wine, cake and a big portrait of us from the wedding. It was really beyond expectations,” she added.

This unique way of tying the knot will be held again next year in June, the lucky month for the wedding, said Orasiri Raktae-Ngam, Secretary of the Thai Peranakan Association.

“We organize the ceremonies every year thanks to our mentors who are fluent in each ritual such as tea ceremony (Pang Tae), Chinese angels worship (Jub Yee Pai) and the meaningful desserts that are important in the ceremony. The main venues are the graceful Hongyok House for the ceremonies and the memorable Thai Hua museum for the photo shoot. However, the after party takes place in different locations and the details of the non-religious parts can be adjusted every year,” she said.

If you are looking for a remarkable celebration for your special day with your one and only, wishing to explore picturesque traditional costumes and parade of Peranakan culture, Phuket should be at the top of your list.

Top: Kiranee and Kerati, her husband, in the parade of Peranakan culture.

Third inset: An antique picture of a Baba wedding couple 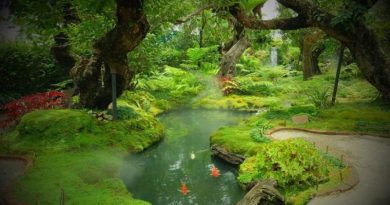 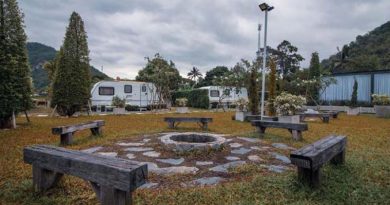 Have fun camping in Khao Yai 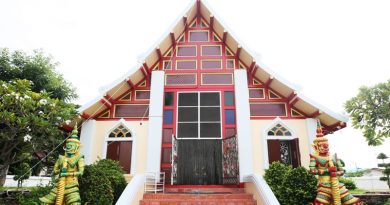