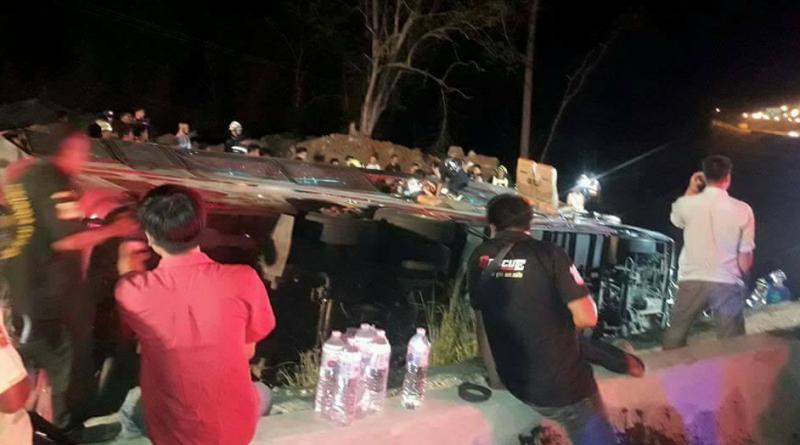 IN the second major accident of a tour bus carrying Myanmar workers from Mae Sot border town to the central region in just 11 days, 6 of them died and many others were injured when this coach plunged down a mountain last night,  Sanook.com reported today (April 10).

Aside from the 6 workers who died, 28 were seriously injured while 16 were slightly so. All the injured were women and were taken to Taksin Maharaj Hospitla in Tak city.

On March 30 this year another tour bus carrying Myanmar workers was completely gutted in a fire sparked by a cigarette butt, killing 20 of them and injuring 3 others, as they were travelling from Mae Sot to Bangkok.

Mr Kalwach Thrapsoongsuk, the head of Disaster Prevention and Mitigation office in Tak, said police at the scene reported that the 50 Myanmar workers were traveling from Mae Sot border checkpoint to south-central Chachoengsao province, but lost balance and tumbled down the mountain.

The double-decker coach’s driver, who emerged unscathed, told police he thinks the accident occurred because of brake failure while descending the mountain.

However, a detailed investigation in pending.

Top: The double-decker coach lies sideways after plunging down the mountain. Photo: Sanook.com 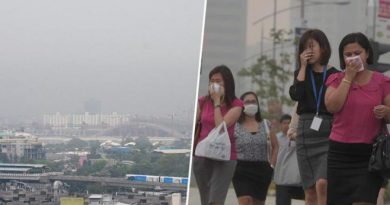