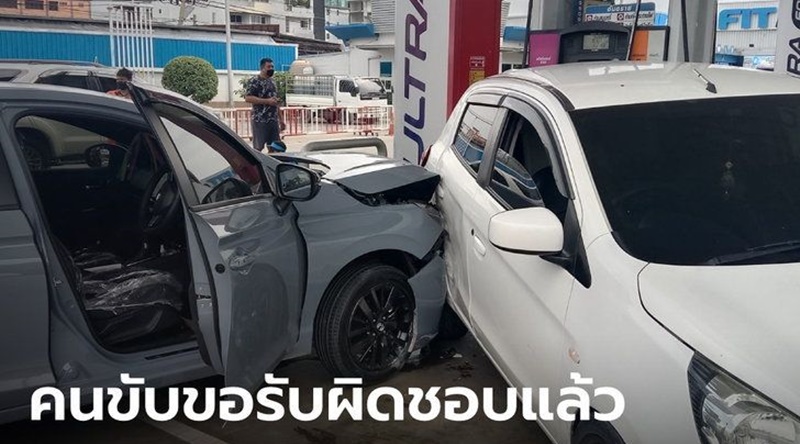 A car drove into a gas station into another vehicle that was refilling fuel. One person is injured in the incident and has lost a leg. The incident was first shared online by Facebook user named Arisara Rangsin with a picture of her car stating “I was just refilling gas, where did you come from. I feel bad for the gas station employee, his leg was cut off”. From the pictures it showed a brand new car with the plastic cover still on the seats. The car that drove into the station had a red license plate. It was a gray car that drove into a white car owned by the Facebook user.

It was later revealed that the gray car is actually brand new and was purchased just before the incident. Channel 3 news went to interview Thanawat the boyfriend of the gray car driver. He stated she is a new driver and hardly drove before the incident. She intended to step on the break but stepped on the accelerator instead. As a result the vehicle drove into the gas station into the white car. The girlfriend states she is ready to take full responsibility and the car has class 1 insurance. Thanawat confirms his girlfriend has a drivers license but she is just not experienced.

After the incident the girl is still at the hospital and feels extremely sorry crying all the time. Sathorn the gas station owner, stated he understands it is an accident and hopes the gray car owner will take care of the employee. The employee woke up at the hospital to find out that he now has no leg. He continues to cry and refuses to eat. The employee is from Myanmar and has been working at the station for over 10 years. Sathorn promises he will continue to hire the employee and will find a job he is suitable for.

FB Caption: The car that drove into the gas station was purchased just before the incident. 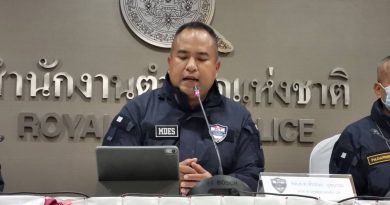 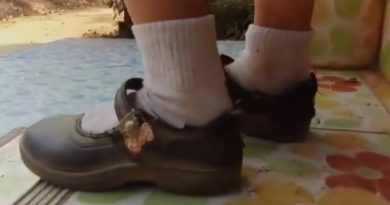 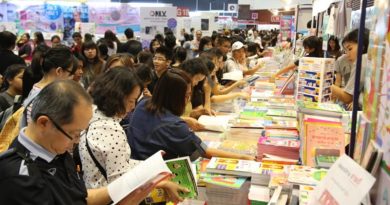