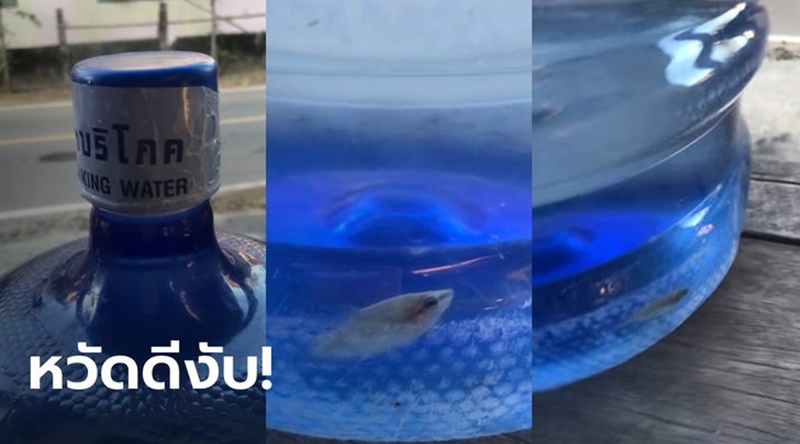 A famous Facebook Page in Thailand shared pictures of a 5 gallon water bottle with a living fish swimming inside. The bottle was sealed and labeled “drinking water”. Inside the water was a small white fish visibly swimming around. The drinking water company has exchanged the water for a different bottle. The page is named “consumers” in Thai captioned the post, “This is a story from one consumer. She ordered a 5 gallon drinking water bottle. This is the common blue water jug for drinking. Then she noticed something strange in the bottle. Upon closer inspection she realized it was a living fish. It was still swimming inside the water. I know this is natural water, but this is too! Natural. The woman went to exchange the bottle but didn’t forget to take pictures and record a video before doing so.

Although the company took responsibility, it would be hard to trust them again. Anyone would feel disgusted right? If this happened to you, as a consumer, what would you do?”. The post went viral shortly after it was posted and netizens had a lot of opinions, some are funny and some are criticizing the drinking water company. Some popular comments include “If the fish can survive in that water then it is clean enough to drink”. “The fish’s face is like it’s saying hello”. “This is disgusting”. “Good thing it is not a leech”. “Thankfully it is a clear bottle, if it was a white bottle that was popular before, you might have drunk the fish”. “You know it’s free from all chemicals”. “That’s the topping of the water”. “If you order within 10 minutes, comes with a complimentary water tester”.

Usually drinking water will have quality standards put in place. The most popular is the NSF standard. This is the American National Standards for drinking water. The NSF/Ansi 60 is the standard for water treatment chemicals and the NSF/Ansi61 is the standard for plumbing system components used in the drinking water system production and supply. NSF International is a global public health organization recognized by the national standards of the USA since around 1988. It has successfully set a clear guideline to help reduce water contaminants in drinking water. Although the story is entertaining, considering how the fish got inside a water container that was intended for drinking really makes you doubt how the water drinking company is being operated. 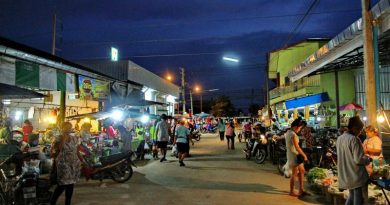 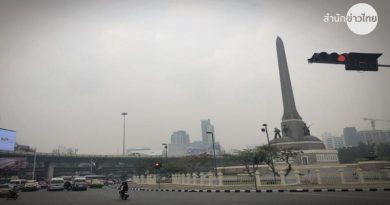