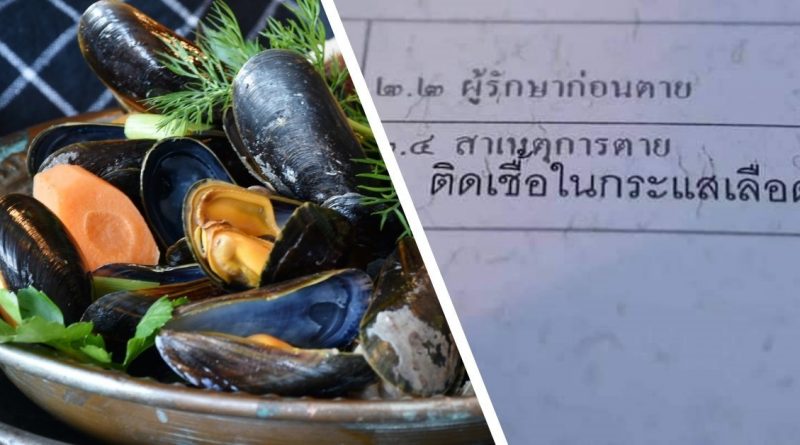 A family falls ill and 1 dead after eating mussels from a local market. The seller stated he sells over 50 kgs of steamed mussels per day. A Facebook user posted the incident online in a Mukdahan Province food group. The user stated, “1 dead and 2 still recovering. Serious food poisoning, just so you know”. Other users revealed they too have received food poisonings from steamed mussels.

The Sanook News Team visited home no. 14 in the main city of Mukdahan on 11 December 2020. The family purchased steamed mussels and 3 members developed food poisoning. Wachira 35-year-old, ended up dying on the 5th and the funeral took place on the 8th. Rakthong 52-year-old the mother stated her son died from food poisoning. The official cause of death was Sepsis (blood infection) from food poisoning. Wachira died at the Mukdahan Hospital. On the 4th Rakthong purchased 3 bags of steamed mussels and sauce for 100 THB. The family of 3 including Rakthong, Wachira, and Charoen 56-year-old the father joined dinner.

Wachira ate most of the mussels while the parents didn’t have many. Symptoms didn’t show until early morning on the next day. At about 4 am Charoen purchased medicine for the son. Shortly after Rakthong started developing symptoms and vomited until she almost passed out. Rakthong decided to visit the hospital delivered by the oldest son. Wachira stated he was feeling better and stayed home. When she arrived at the hospital the father called Rakthong stating Wachira was having diarrhea again. He was delivered to the hospital and died at 11.00 on the 5th.

The seller stated to officials “Some people don’t get sick, it depends. I steam and sell about 50 kgs per day, any leftovers are thrown away. I can’t store the mussels overnight because they turn bad. They are steamed 2 times, 30 minutes per time. The steamed mussels are 35 THB per bag, 100THB for 3 bags. A doctor came to take some on Friday, I still don’t know the results. An officer said they had cholera. I have to ask if it was found in the mussels. It’s not right to directly blame me. I bought them from Mahachai, I didn’t make the mussels myself”.

FB Caption: The father, mother, and son all had food poisoning but the son didn’t survive. 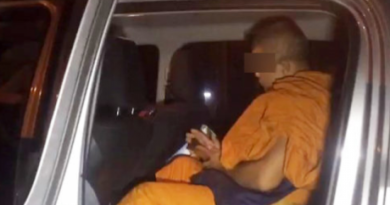