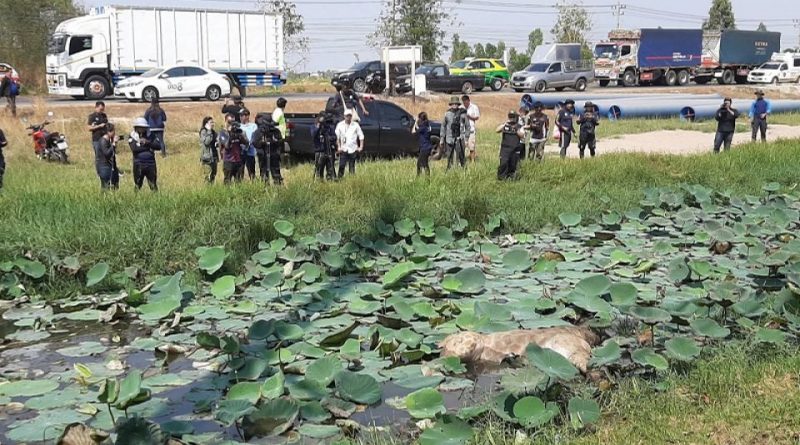 Two Giraffes went missing on 28 January 2020 after they escaped from a truck that was delivering them from Suvarnabhumi Airport to a new zoo in Prachinburi Province. The first giraffe which was the smaller one standing at 4 meters was found on the same day. The smaller giraffe is now alive and safe. Luck was not with the taller giraffe as it has been discovered dead in a pond on 30 January 2020.

Amarin TV interviewed villagers in the area that revealed they joined in the search and was exploring their eucalyptus farms. They didn’t expect to find it by the road, villagers think the giraffe probably drowned and it took a while before the body started to float.

The Facebook page “A Call for Animal Rights Thailand” posted about the incident with the caption “#Giraffe crossed the land and sea from Africa, received torture from traveling all to make money for some people in Thailand. It ended up dying from negligence, ended its life in a pond by the road. #Don’t call them down if you’re someone who goes to the zoo or have taken your family to the zoo, because the money used to hunt and buy these animals come from you.

You want to know about their life, so you trap them. So this is ok? To torture them, clap at them, are you having a good time? Do you know what’s behind the scenes? This sad giraffe ended its life in the public eye, that’s why everyone feels sympathy for it. How many thousands of lives that died in silence without no one hearing its story. The torture is endless, think about it. 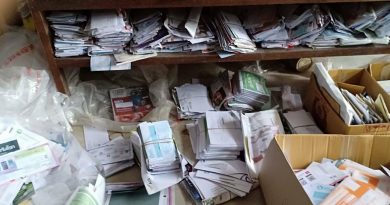 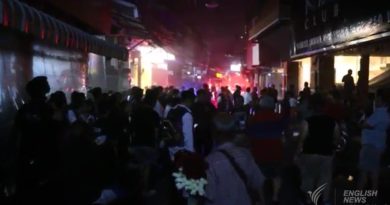 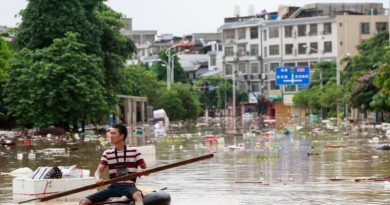 Asia under water: How 137 million people are now at risk