A man known as “100 Million K” has been causing disturbing instances in Bangkok. The man has been hospitalized in the past but refuses to continue receiving treatment or taking his medications. He decided to enter a famous hotel with a bag of cobra snakes. Not long before this incident he went to a mall and poured red liquid over himself and threw glass bottles inside the mall. In the incident innocent victims received injuries. Police stated this is the same man who previously harmed himself and let go of a snake on the Ratchadamri Road. He had let go of snakes on the road before.

Medical history confirms the man has been receiving treatment since 2019. But he is now denying all medical care or to take any medication. On the 1st of February this year he has been letting go of snakes on the road, at the Suvarnabhumi Airport, and at a famous mall located in Pathumwan. The legal department from the mall has met with the Pathumwan police with intentions to press charges against the man.

The man recently posted on his personal Facebook stating that on the 1st of February he placed cobra snakes inside a bag and booked a room at a famous hotel in the middle of Bangkok. He also uploaded pictures of the snakes in a bag placed on a bed inside the hotel room. He captioned the post “I brought venomous cobra snakes, the most dangerous snakes in the world to wake up in the morning and enjoy the atmosphere. Located in central Bangkok inside a fancy hotel”. Hopefully officials will find the man and help him receive the treatment and medical cared he requires. His actions are dangerous and pose a real threat towards the people who may cross paths with him.

FB Caption: The man has been placing Cobra snakes on roads and in hotel rooms in Bangkok. 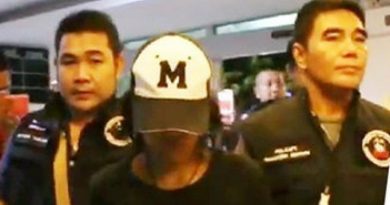 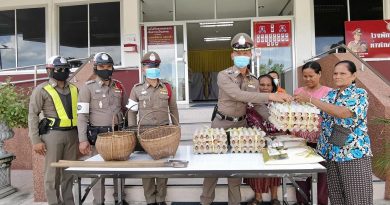