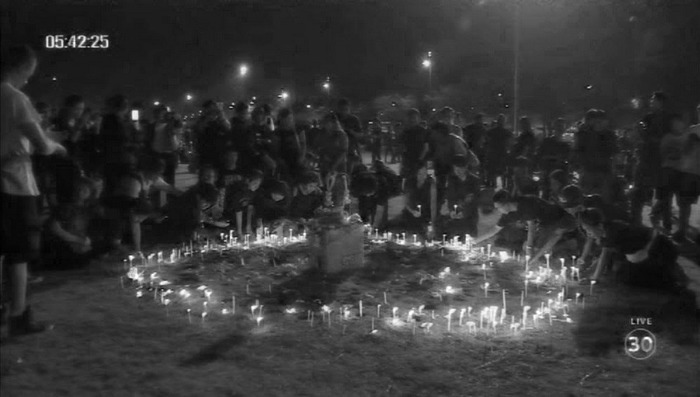 THE Bureau of the Royal Household announced on Saturday that members of the public are allowed to enter Dusit Throne Hall in the Grand Palace to pay respects to the late His Majesty the King as of October 28 starting 1 p.m, Thai PBS said yesterday

However before October 28, the general public is allowed to pay respects to the portrait of HM the King at Sala Sahathai Samakhom pavilion in the Grand Palace every day between 8.30 a.m. and 4 p.m. Books of condolence are available for the mourners to sign and to express their sorrow. Moreover individuals, groups of people in government and private sectors are welcome to host to merit-making chanting of prayers by monks after the 50-day period of Royal merit-making ceremony.

Meanwhile at midnight last night large crowds of people were still flocking to Sanam Luang to mourn the passing away of late King Bhumibol Adulyadej as this was the first night Bangkok Metropolitan Authority opened the park for the general public to rest there, Thai News Agency said this morning.

Some people had traveled to Bangkok from the provinces to mourn the passing away of the late King with one of them being Liwai Somporn, a middle-aged woman from Nakhon Ratchasima’s Phimai district, who reached Bangkok on October 13 and who said she rushed to the park to get a place and was pleased to be among the first groups allowed in.

Meanwhile Samruang Termsakulnai said that she intends to be in Bangkok for three days and nights and is willing to rough it in order to mourn.

Generous people were handing out food boxes and drinks to those sleeping over at the park and all around mourners had placed flowers and candles.

Most of the people came in family groups with some Bangkokians coming at night because they were tied up taking care of small children and the elderly during the day leading to heavy traffic around Sanam Luang last night. 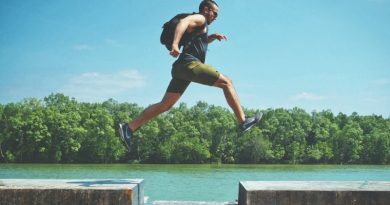 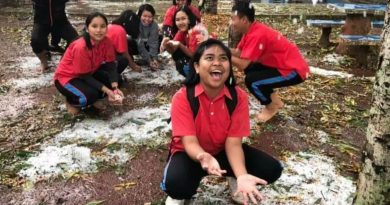