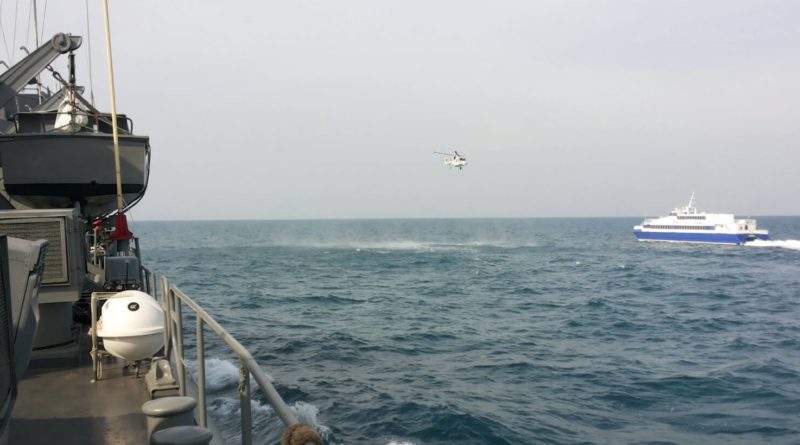 THE delayed launch of the Pattaya-Hua Hin ferry service across the Gulf of Thailand kicked off today (Jan. 5) under the watchful eye of the Royal Thai Navy, Thai News Agency said. The greatly anticipated trial run of this ferry service had been put off since New Year’s Day because of strong winds. The Pattaya Marine Department raised the red flag to stop the ferry’s maiden trip on January 1 much to the disappointment of a large number of people who had eagerly awaited a free trip to Hua Hin but to make amends they were instead taken on a much shorter journey to nearby Koh Larn Island.

The offered free service during Jan 1-15, 2017 only took place today under the care of the First Naval Area Command whose Commanding Officer Vice Admiral Surasak Maithyapha had received an order from Royal Thai Navy Commander-in-Chief Admiral Na Areenich to send an warship and an aircraft to take care of the ferry on its first trip to Hua Hin and then back again to Pattaya.

Vice Admiral Surasak said he dispatched HTMS Kraburi, which is a big and fast frigate with large medical facilities on board as well as a helipad, plus another ship to accompany Royal Passenger Liner Company’s Royal One ferry during the trip to Hua Hin and back.

Two naval pilots also flew a helicopter, Super Link 300, from U-tapao air base in Rayong to support HTMS Kraburi in escorting the ferry. 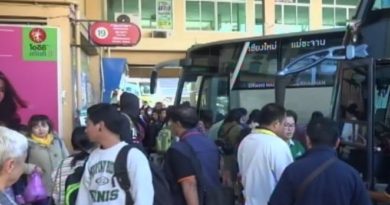