A taxi driver gave passengers a speech about how the meter system is so unfair to him after picking them up from Suvarnabhumi International Airport. The girl was a Thai Citizen, but her boyfriend was a foreigner, so the argument was mainly between her and the taxi driver.

A Facebook user named Pla Suchaya posted on Facebook about her experience with the rude taxi driver on 31 July 2019. Pla and her boyfriend had just landed in Thailand and they had 4 big suitcases with them. They decided to get a big taxi so that they could fit all their suitcases inside one vehicle.

When it was her turn to get a taxi, the driver came to ask for her queue ticket, she later learned that she had to keep the ticket to herself. She noticed that the driver didn’t turn on the meter after they had already left the airport. So Pla said to the driver “Uncle, don’t forget to turn on the meter”. The driver answered “no one uses the meter anymore”, he then proceeded to hand Pla a plastic card with prices printed on it.

The driver stated “Tourists 700 THB, the meter is for normal taxi’s, this is a big taxi”. Pla got mad and told the driver to take her back to the spot where they came from at the airport and that she would report him. The driver asked Pla “I’m not going back, I’ll lose money how much do you want?”. Her boyfriend told Pla to give the driver 500 THB, Pla told the driver “I’ll pay you 500 THB, but I’m reporting you to the Land Transport Department”.

The driver raised his voice and pulled out the piece of cloth that was covering the meter. The meter was 95 THB, Pla asked the driver “Why didn’t you restart the meter?” to which the driver answered “I pressed since I went to the airport, I was waiting since 5 am, why are you trying to take advantage of me. This is a big car, there’s more cost to running it big taxies haven’t used the meter system for a long time”.

Pla had enough and told the driver “I’ll pay 500, but just shut up, it’s annoying”. They arrived at the destination safely. At the end of her post Pla wishes to warn all passengers using the taxi service from the airport to always keep you queue ticket as the driver will not argue with you. The ticket has important information about your driver printed on it, in case anything does happen.

FB Caption: Pla ended up paying 500 THB to the taxi after the heated argument. 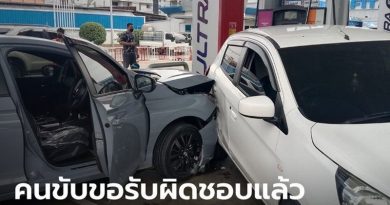 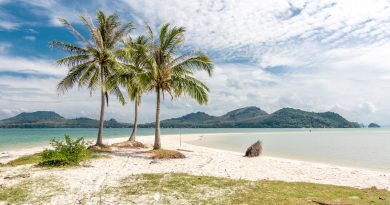 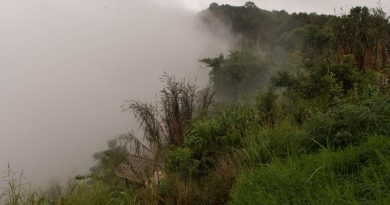