THE owner of a townhouse in Chonburi from which the tenants has fled without paying two months’ rent was shocked when her domestic worker found almost 400,000 tablets of amphetamine in four bags near the front door, Thai News Agency said last night (Sept. 10).

Pol.Maj.Gen. Suraphon Viratyosin, head of region two police together with his team of officers checked the two-storey townhouse after almost 400,000 tablets of amphetamines valued at over 32 million baht were found in big black garbage bags stuffed in 4 fertilizer bags in front of the townhouse owned by Surimart Singhphakdi.

The landlord said she had rented her townhouse to  Miss Kaysorn Karnram from Buriram who moved in with her husband whose name she did not know after signing a two-year rental contract.

However as they had not paid rent for two months and had moved out taking some but not all their belongings she sent her worker to clean the place because a new tenant was interested in taking it over.

Neighbors told police that this couple lived here with a child and left about a week ago because they had not been paying rent.

Police believe this townhouse was the center of distribution of amphetamines both in Chonburi and nearby provinces.

Top and inset: Bundles of amphetamines found in front of a townhouse in Chonburi. Photo: Thai News  Agency 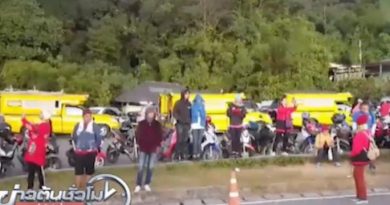 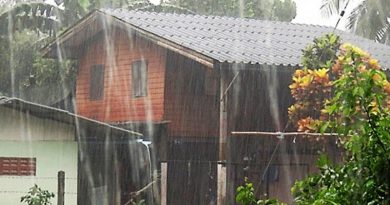 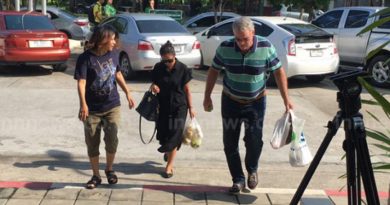 Ameria’s parents rush to visit her