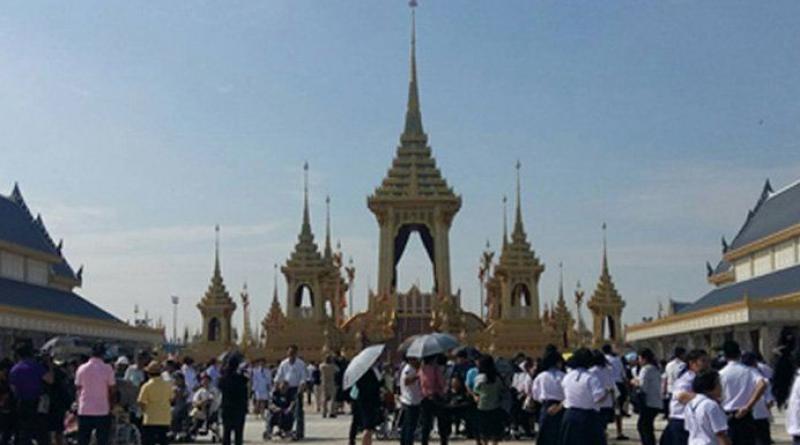 November 2, 2017 – The Culture Ministry decided to allow public visitors only to walk upon and take photographs around the outside area of the Royal Crematorium of His Majesty the late King Bhumibol Adulyadej after only 1 day of the its trial opening.

The announcement was made by the ministry after the opening ceremony of the Royal Crematorium exhibition presided over by HRH Princess Maha Chakri Sirindhorn with the reason  being the protection of the valuable structure, art pieces and other properties within the perimeter. The trial opening on Wednesday was divided into 3 separate 1-hour tour of the site. The audience consisted of selected government officials, students, monks, people with physical disabilities and citizens amounting to 16,500 in total.

The selected audience was permitted by the exhibition organizing committee, led by Deputy Prime Minister Tanasak Patimapragorn, to go up to the second level and visit its interior.

The ministry did not have to wait long to assess the result of its trial as it was apparent that there were some small items stolen off the perimeter, sculptures and decorations touched, and some were even damaged. Some people posed improperly while taking photos as if they were at some joyful festive events.

The internet was quick as usual to reflect on this especially when a photo of two supposedly students posing with their heads leaning together, one of them showing two fingers as in V shape universally known as victory sign.

Most posted negative comments regarding how improper the photo was, not to mention the manners of those people. Many expressed displeased, resentful or even offensive comments as their sacred place was dishonored if not violated.

Hence the announcement to limit future public visitors to access and take photographs only at the area outside the Royal Crematorium from the November 2 [Thursday] onward.

“In order to run the tour smoothly with proper manners,” said director-general of the Fine Arts Department Anan Choochote.

Mr. Anan added that the committee was also concerned for the visitors’ safety since possibly around 100,000 people are expected to visit the exhibition daily. He hasn’t mention if the prohibition would be lifted at any time or on any condition.

Through to the end of November, over 3 million visitors can be expected to visit the Royal Crematorium exhibition. The exhibition is open daily from 7 am until 10 pm. Visitors should plan their visit well since all the eight roads next to Sanam Luang will remain closed.

Top: A large number of people visiting the outside area of the Royal Crematorium yesterday. Photo: Sanook.com

Inset: The photo of two presumably students at the Royal Crematorium which attracted a lot of negative comments. Photo: Tnews.co.th 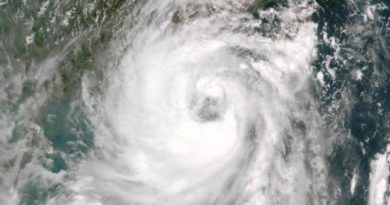