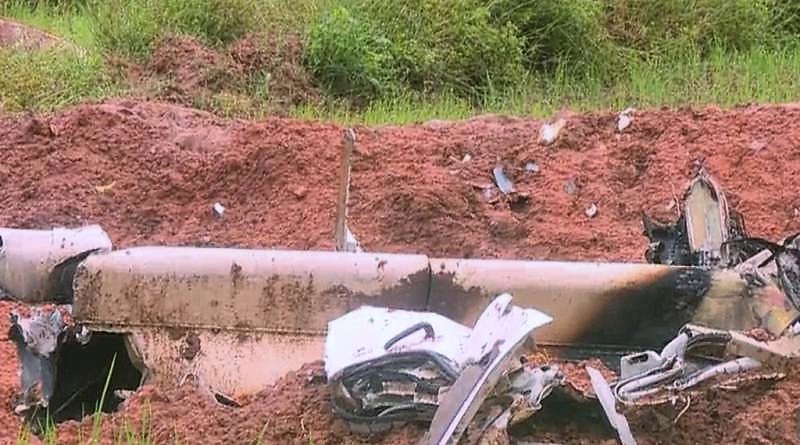 A TOTAL of 4 persons were killed in this morning’s (July 18, 2018) helicopter crash in northeastern Khon Kaen province while a Television Channel 7 news team that was waiting to fly in this very helicopter very narrowly escaped death, Thai News Agency reported.

Officials from many units went to check the helicopter that crashed in the middle of a paddy field in Chonnabot district, and they found the 4 dead victims within the burnt debris scattered in a wide area.

This was a Eurocopter AS355 NP helicopter which the TV Channel 7 news team had rented and was waiting to catch at Khon Kaen Aiport but they are all safe.

At the crash site was found the ID card of Mr Seksan Wanna, 51, and the name card of captain Wanchai Khunwaradisak.

An eyewitness said it was raining at the time the chopper crashed and it had switched on emergency lights and was flying around looking for a place to make an emergency landing before plunging to earth.

Top: A part of the helicopter that crashed this morning. Photo: Thai News Agency courtesy of Facebook member Natchida Daorai 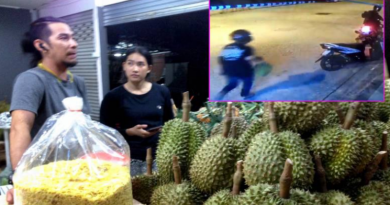 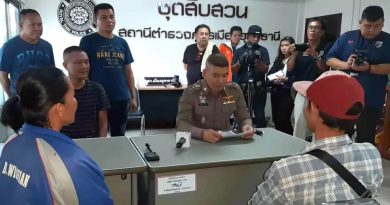 27 year old fakes being abducted to get money from parents.