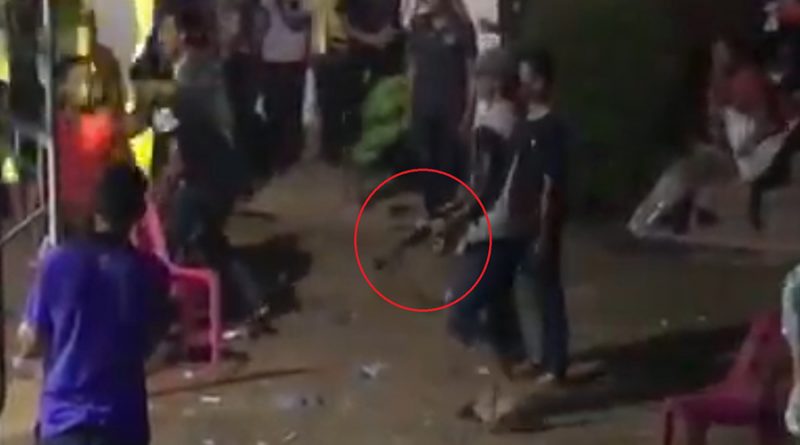 This incident took place in a local temple fair located in Kong Jiam district, Ubon Ratchathani province at night on the 6th of this month. There was a concert stage with Thai country music band performing on the stage, suddenly two groups of teenagers started a fight right in front of the stage, scaring people away with fear of getting hurt.

The teenagers started to fight at 11.30 pm, more people started to get involved in the fight and more punches were thrown in by each side. Suddenly, an uncle walked in with an AK 47 referred in Thai as “Aka Gun”. Turns out the uncle was Supachai Thongthip 32 years old. He carried the AK 47 next to his body and slowly walked to the front of the stage where the teenagers were fighting, Supachai then raised the gun in the manner of shooting the gun.

At first Supachai seemed to blend in with the crowd with his gun hidden by his side, then when he raised the AK 47 in front of him, he used one hand to support the gun and the other hand was moving to the trigger. The teenagers saw the AK 47 and the fight broke apart, each teenage gangster ran their different ways with fear of being shot by the powerful machine.

Police Colonel Chanchai Innara the Superintendent of the Amphoe Kong Jiam Police Station and other police officers captured Suppachai Thongthip, Katesuwan Bunmee 22 years old, and Mister A 16 years old. They also found the AK 47 along with 12 bullets and the bag used to store the AK 47. All suspects and the evidence were hidden in a house in the Kong Jiam district.

Supachai reported that he was the one who carried the AK 47 into the temple fair. After the fight broke apart, he came home and put the AK 47 into its bag. The police discovered the evidence hidden in a soil bag hidden in the kitchen of Supachai’s home.

FB Caption: The teenagers saw the AK 47 and the fight broke apart, each teenage gangster ran their different ways with fear of being shot by the powerful machine. 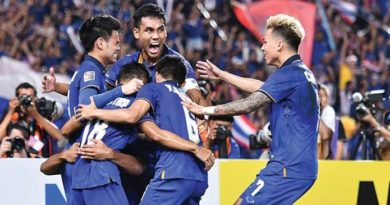 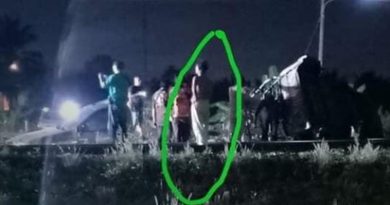 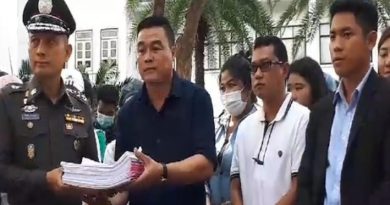