A factory worker robbed a bank and got away with 600,000 THB is now arrested. The suspect robbed a Bangkok Bank in Phan Thong District in Chonburi Province. He walked into the bank and pretended to wait in line. When it came his turn for service the robber handed the bank clerk an account book with a note inside. The note stated “Do not talk to anyone, inside my bag is a gun, give me 4 million THB. If you tell anyone there will be dead people, staring with you. Place the cash on the table”. The clerk was scared, she grabbed the money in the drawer and handed the robber 600,000 THB.

The robber placed the money in his bag before walking out of the bank on 12 November 2021. Police General Suwat Jangyodsuk gave orders to Police Lieutenant General Thiti SangSawang, the Pan Thong Police, and related officials to find and arrest the robber. Officials successfully arrested the suspect on 13 November 2021. Suriya 31 years old, was found with evidence including 595,000 THB and a fake gun that was used to commit the crime. He was arrested on a public vehicle traveling from Bangkok to Chiang Mai. The vehicle was parked in front of a PTT gas station in Chai Nat Province when the suspect was found.

Suriya works at a factory in the main city of Chonburi Province. Officials went to the factory and his home but the suspect was not found. Investigation revealed that Suriya carried the cash and fake gun onto a public vehicle heading to Bangkok. He then got on another vehicle at Mo Chit Bus Terminal heading to Chiang Mai Province. Officials set out to find the vehicle with fear of traveling with a gun inside a public vehicle. The suspect claims he committed the robbery due to over 3 Million THB in debt. He started planning on the 10th and visited 4 banks before choosing the target. He sent the message to the clerk using a note to not scare other customers.

FB Caption: The suspect got on a public bus to Bangkok from Chonburi right after committing the crime. 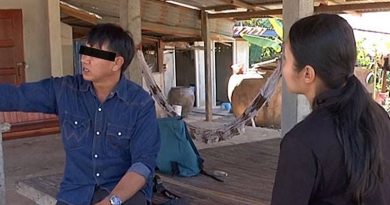 Mom looks for missing son, who was in prison. 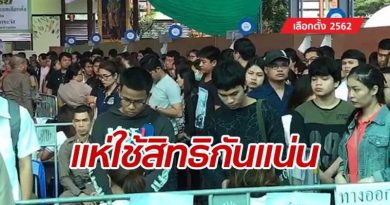 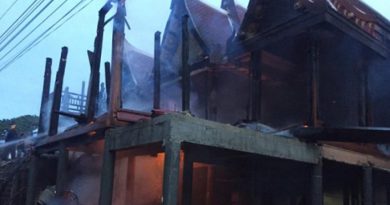