The victim came to report the incident with the Crime Suppression Division with the intention for the Division to help track Nattamon, the employee turned thief. Nattamon had called the bank of the credit card claiming to be the owner of a card she had stolen from the boss’s desk. She informed the bank that any transactions made with the card is allowed by the card owner. After doing so, Nattamon withdrew cash from the card and then used it shortly after.

The victim didn’t realize what had happened until the bank sent the monthly credit card bill. The victim knew that he never used this card, after checking her realized that Nattamon was the one who took it. The victim went to file a report at the Pub Pla Chai Police Station on the day of the discovery.

The investigation police found out Nattamon was hiding in Jomthong District in Bangkok. They tracked her down and successfully arrested her while she was in her room. She admitted that she was working at a company in Bobae as a company administrator. One day, she stole the card from the boss’s desk as she had an idea where the boss might have placed documents. The card was sent from the bank to the company’s address.

Nattamon then called the bank and stated that she wanted to activate the card. When the bank sent a notification that the card was activated, she went and withdrew cash from the ATM. There is no exact number on how much Nattamon had used on the card, but it is at least 10,000 THB.

Nattamon gave reasoning to her crime, she has 5 children and there was not enough money. She had to steal the money in order to keep taking care of the children. The police then found out that the father of the children named Pornchai had an arrest warrant out in his name under the charges of theft. Officials informed Pornchai to pick up his wife, they arrested him on the same day Nattamon was arrested. Pornchai admitted he had stolen money from a company located in Phayathai, Bangkok, but he was willing to pay every baht back.

FB Caption: Nattamon stated that she needed the money for her 5 children. 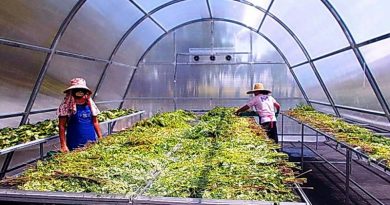 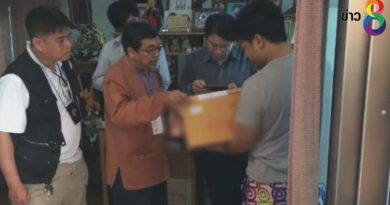