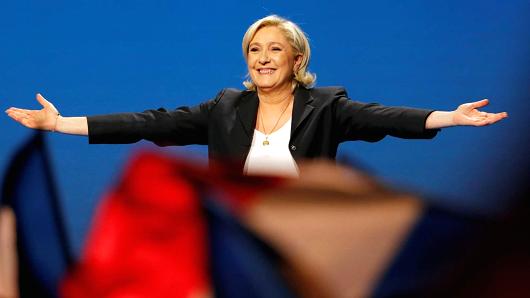 (Reuters via CNBC) – The fate of the European Union and the euro could hang on the outcome of today’s (May 7) French presidential election.

The expected victory of centrist, pro-EU candidate Emmanuel Macron would be taken by markets as a sign that political risk in Europe is receding; a surprise win for far-right candidate Marine Le Pen would raise the risk that the euro zone’s number two economy could abandon the single currency and even leave the EU.

Surveys on Friday showed Macron ahead by 62 percent to 38, but investors are wary of opinion polls after recent political shocks such as Donald Trump’s election to the White House and Britain’s decision last year to leave the EU.

Le Pen has lately played down her plans to quit the EU and the euro, saying this may not be her top priority. But if she wins, the euro will fall around 5 percent in the immediate aftermath, a Reuters poll found this week.

No major survey sees her becoming president, but a victory would increase volatility in financial markets, particularly in European equities, bonds, and currencies. A vote for Macron would retain the status quo.

“We expect Macron to win the second round of the French presidential election on Sunday. This outcome should usher in a period of subsiding political risk in the euro zone,” said Valentin Marinov at Credit Agricole.

Economic growth in the bloc will be steady but modest over the coming year, but that will depend partly on Macron getting the keys to the Elysee Palace, a Reuters poll of economists showed last month.

There is no major data due from the currency bloc in the coming week to shed light on how the economy has fared at the start of the second quarter, but numbers on Friday will show how industry rounded out the first quarter.

Steady as she goes

Across the Channel in Britain, whose economy has performed surprisingly well since the Brexit vote, the Bank of England meets to decide monetary policy but no surprises are expected.

None of 62 economists polled by Reuters expects the bank rate to be adjusted from its record low of 0.25 percent on Thursday. A recent Reuters survey found there would be no change until 2019 at least as the central bank waits to see how EU divorce negotiations pan out.

Fractious talks are the biggest risk to the British economy while a smooth running of negotiations would be the most beneficial factor for growth, polls have shown.

Having called a snap election for June 8, Prime Minister Theresa May’s Conservative Party has a runaway lead over the opposition so will likely decide Britain’s stance in the talks.

If opinion polls are right, May will win a strong new mandate endorsing her vision for Brexit, which sees the country leaving the EU’s single market – a potential negative for growth – in order to win more freedom to set its own laws, control immigration and seek its own trade deals.

“Politics is also likely to be a major focus with less than five weeks until the UK’s General Election on 8 June. One potential date to look out for is Monday, where there are tentative reports that the Conservative Party will release its manifesto,” noted Investec economists.

Adding to the central bank’s deliberations, inflation is above its 2 percent target and will outpace wage growth this year, hitting the shoppers who have been shoring up the economy.

The Bank will also publish its Quarterly Inflation Report, while sector detail in the form of industrial production and construction output will be revealed by the Office for National Statistics, as well as the RICS housing survey and March trade figures.

Other central banks meeting in the coming week include those from New Zealand, Malaysia, Peru and the Philippines. None of them are expected to change tack either.

China will draw some attention with the start of the usual monthly run of data. Chinese authorities are addressing financial stability risks and looking closely at credit, so April’s figures will be of interest.

There is little hard data expected from the United States, but retail sales and core inflation data on Friday could cement expectations for a June tightening by the Federal Reserve. 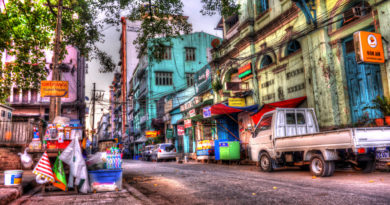 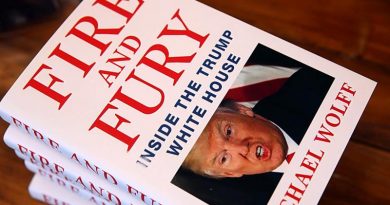