A woman has been arrested connected to a Durian scam with over 400 Million THB in damages. Police Lieutenant General Jirapop Puridet and Police Major General Pumin Pumpunmuang gave orders to Police Colonel Apisan Chairat and Police Major Patompong Tongjamrun to arrest Chanadda 40 years old on 31 December 2021. The woman is wanted by an arrest warrant issued by the Chanthaburi Court dated 4 January 2019. The suspect also has two more arrest warrants out in her name issued by the Chonburi Court and the Rayong Court.

In the beginning of 2018 many suspects were invited to invest in a Dried Durian business. Chanadda and other persons created a business project that would export dried durian to other nations. The group claimed that the profit return would be set at 10% per month depending on the investment. In the first months the suspect transferred the promised amount of profit. This led investors to believe that the business was booming. As a result they invested even more to come invest in the durian export business. It did not take long before the investment numbers reached a hundred million. Then the suspect went missing as none of the investors could no longer contact her. When investors realized they had been scammed, reports were filed with the police in many provinces.

Complaints were also sent to the Department of Special Investigation (DSI) to help investigate the cases. In total damages amount to over 400 Million THB. The courts issued arrest warrants and investigation revealed the suspect had been renting a room in the main city of Chonburi Province. The team successfully arrested the suspect in her room. Chanadda does not wish to make any statements and is waiting for prosecution. History shows the suspect has been involved in similar cases in the past. The suspect is now at the Rayong City Police Station waiting for prosecution.

FB Caption: The suspect has 3 arrest warrants issued in her name from courts in different provinces. 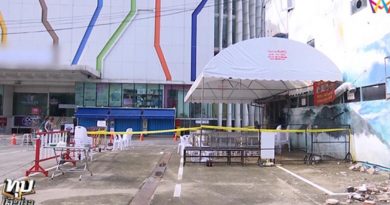 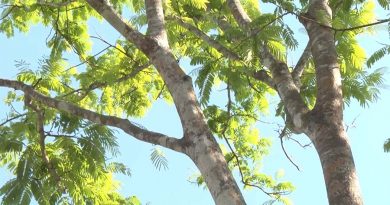