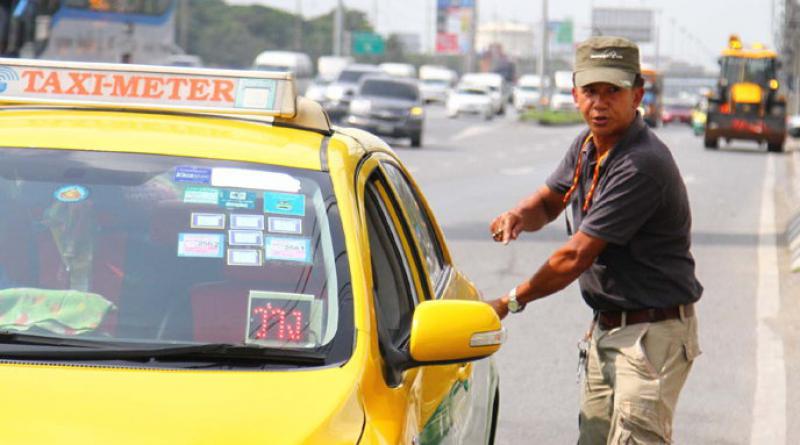 A CHANNEL 3 cameraman who almost lost all his tools of the trade to a crooked cabbie warned the public to be careful when traveling in public vehicles with expensive belongings, Sanook.com reported this morning (August 24, 2018).

Mr Akanat Krainukul, or Khiew, 47, hailed a cab on Phahonyothin road in front of the Royal Thai Mint at around midnight last night after returning from a trip to northern Phayao province with his colleagues, who dropped him off at this point to return to his home in Thanyaburi district of adjacent Pathum Thani province.

An old taxi came along and after he had hailed it, he opened the rear left door and first put in a bag containing his clothes, and then the second one containing cameras, microphones and various other gadgets worth 50,000 baht.

Just as he slammed shut the rear door and caught hold of the handle of the front left door, the cabbie drove off. He ran along with vehicle for 20 meters before the cabbie stopped

The driver told him that he thought he had already got into his cab, but Akhanat was suspicious so unloaded his bags and took another cab home.

Aside from warning the public to be careful, he also urged the authorities to install a security camera and more lights in this area.

Top: Akanat showing how he held the front door handle of the cab as it drove off with all his belongings. Photo: Sanook.com 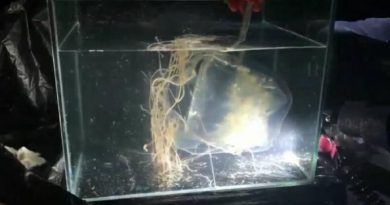