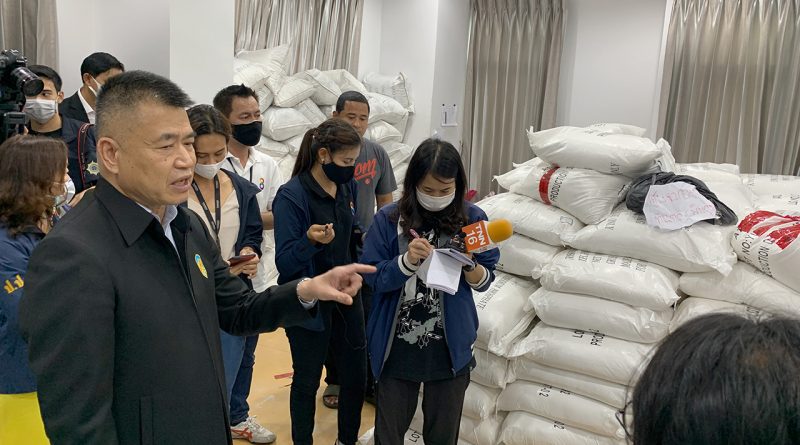 The Office of the Narcotics Control Board (ONCB) and Jeremy Douglas from the UNODC reported the largest Ketamine drug bust on 12 November 2020. The report stated there was over 11.5 tonnes of the drug worth over 38 billion THB. Wichai Chaimongkol from the ONCB brought the media to inspect the drugs that were seized from a warehouse in Bang Pakong District, Chachoengsao Province. Officials received information about the warehouse used to store drugs for sale within and outside of the country. The inspection is a result of protestors asking where the evidence went. 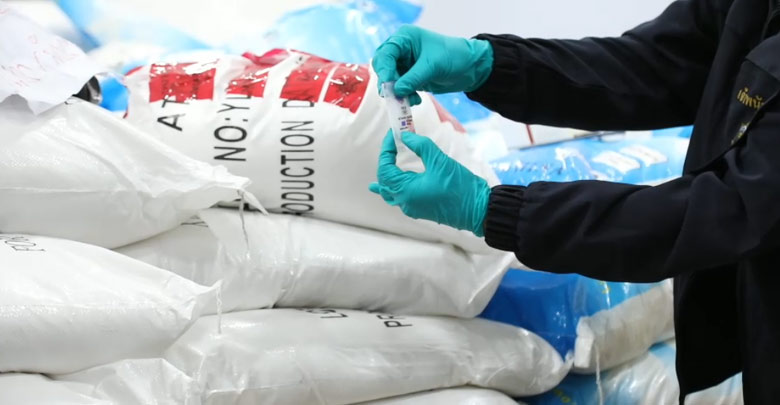 Wichai stated the evidence is kept at the ONCB 1 office in Lam Luk Ka District, Pathum Thani Province with strict security. Officers can only enter and leave the building 2 persons at a time. At the time of the discovery, there were 475 sacks of the drug with 66 already opened. A random test to the 66 parcels tested positive so it was assumed the sacks were all Ketamine. This changed after the drug samples were sent to a lab that confirmed it was not Ketamine but instead Trisodium Phosphate(TSP). TSP is used in cleaning agents, lubricants, as a food additive, and degreaser, a chemical used in the cleaning and food industry.

The ONCB promises to be more strict in testing chemicals that enter Thailand to protect against hidden drugs. Wichai states although the 66 sacks have confirmed to not be Ketamine, but the remaining 400 sacks are still unopened and the ONCB is ready to contact international organizations to join in the test that will take place within this week. Wichai states although the 66 sacks have tested negative for ketamine the case will still go through prosecution as it is an international crime. The ONCB will file a case to the Narcotics Suppression Bureau (NSB) on 23 November 2020.

FB Caption: The ONCB has revealed the sacks found in the warehouse is not Ketamine but instead Trisodium Phosphate used in the cleaning and food industry. 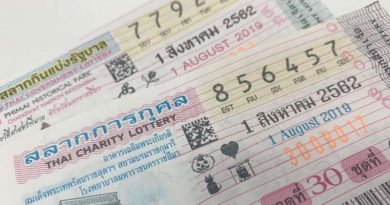 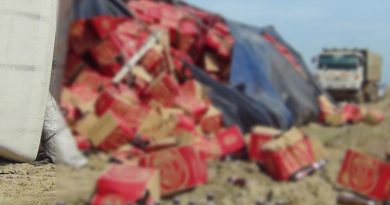