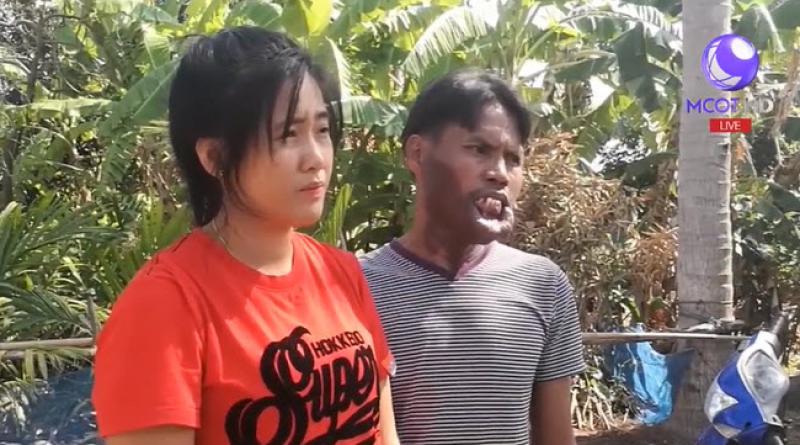 DISPELLING doubts that true love really exists is the recent marriage between a man with a facial deformity to a pretty woman and he is now the envy of all the young men in his village in northeastern Surin province, Thai News Agency reported today (April 19).

Boonmee Khanthong, 37, has also become famous on Thai social media after a Facebook user, Pu Aramboy, posted photos of him getting married to Phatsara Obnak, 23, in a simple ceremony on April 15 this year.

When Thai News Agency reporters reached their house, they found the couple living together with his parents and some nephews and nieces.

Boonmee told them that he suffered from broken capillaries on his face when he was young and is a patient under the care of Her Majesty Queen Sirikit and had traveled for treatment at Siriraj hospital in Bangkok a few times.

However, there was no improvement because family is poor and did not have the funds to stay in Bangkok and continue with the treatment.

He has studied up to grade 5 but could not get a job in factories because they said he could not speak clearly.

However, his friend Mr Virat Saothong, 35, who is a contractor in Bangkok, gave him a job paying 350 baht a day.

When he was not working there, he would travel down to southern Hat Yai city to help his sister sell somtam (papaya salad).

It was there that he met his new wife and love bloomed.

Phatasa said she loves her new husband because he takes such good care of her and her daughter from a previous marriage and will always do so.

Below: All smiles after getting married. Photo: Sanook.com 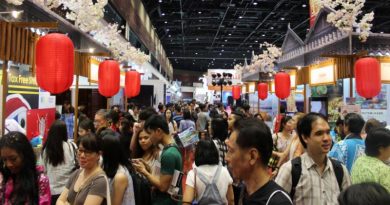 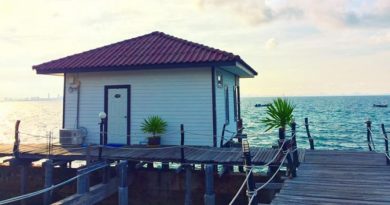 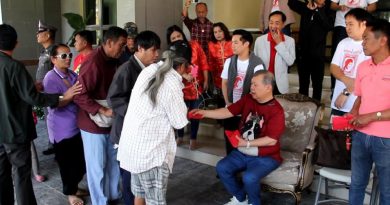