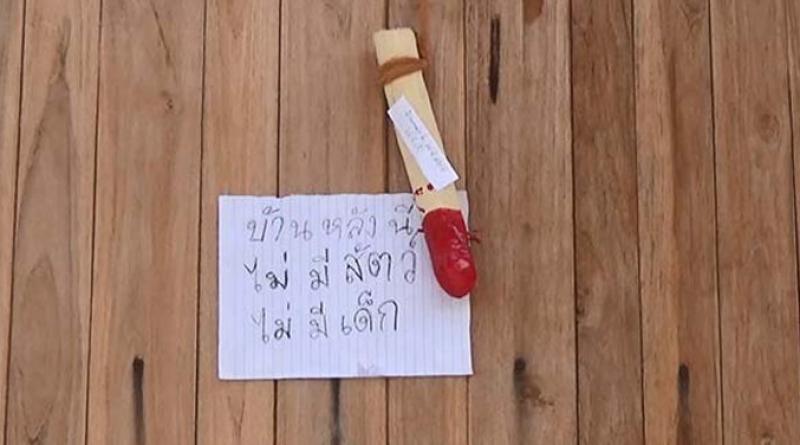 PEOPLE in Mae Lai Village in the northern Thai province of Phrae have been living in fear since mysterious fireballs in various shapes started appearing the village on Wednesday (August 9), Sanook.com reported today.

The fireballs in various animal shapes would appear from 1 am to 3 am. They circled each home before disappearing in two hours, the villagers told local reporters.

The village headman said he believed the fireballs were evil spirits released by a local shaman to hunt for food at night. He said one or two chickens disappeared – apparently eaten by the ghosts – each night.

Top: A sign put up in front of a house says there are no chickens or children living here. Photo: Sanook.com 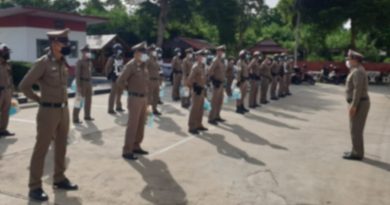 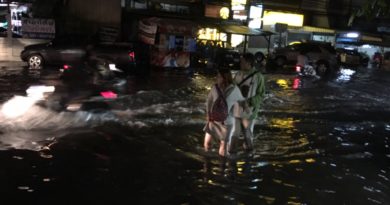