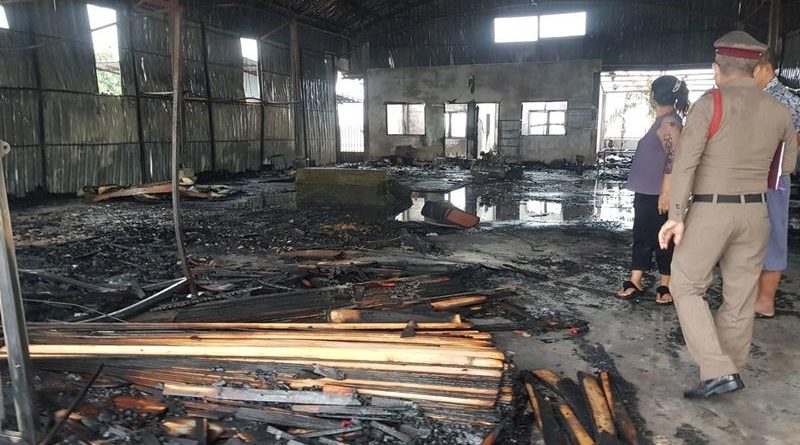 A furniture warehouse in Ayutthaya province, causing over 400,000 THB of damage. Police Captain Isarapong Mongkolsin from the Ayutthaya Police was notified of a fire in Saena district. The captain was told that a local furniture warehouse had caught on fire during the thunderstorm that took place on the 7th of this month.

The police, the local rescue team, and officials from the fire station with 10+ firetrucks went to the location immediately. When they arrived, the warehouse was burning from the inside out. To make things worse, the furniture warehouse held materials that are extremely flammable. The fire spread like wildfire despite that it was raining.

There is usually someone watching the warehouse for Sameu, but it was a Sunday on the 7th and no one was working at the warehouse. A neighbor ran to tell Dararat that it seemed like the warehouse might be burning inside.

When Dararat ran to the warehouse, it was too late and everything was already burned down to ashes. Police Captain Isarapong reported that the neighbors heard a loud bang just when it started raining, not long after there was smoke coming out from inside the warehouse. The neighbors tried to help control the flames but it didn’t work so they decided to call the authorities.

The current damage estimated is 400,000 THB, the police will be investigating to confirm the cause of the fire.

FB Caption: When Dararat ran to the warehouse, it was too late and everything was already burned down to ashes. The current damage estimated is 400,000 THB 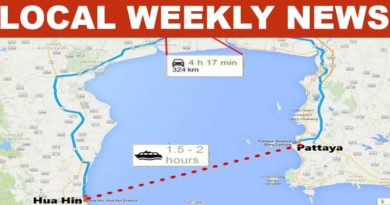 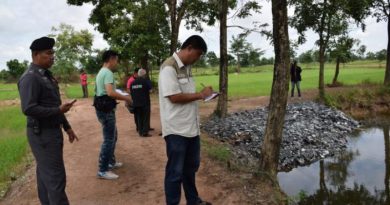 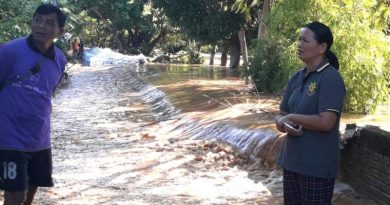