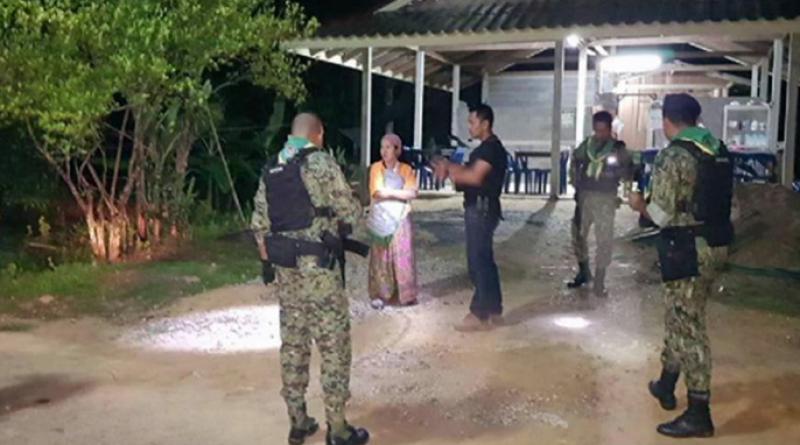 A 50-year-old village headman in the southern Thai province of Yala survived an assassination attempt last night, thanks to his quick-thinking wife, Sanook.com reported this afternoon (May 25).

Mr Rohing Mama and his 47-year-old wife Rohima Nibong were dining in front of a foodshop around 8 p.m. when a young man riding pillion on a motorcycle shot Mr Rohing three times in the body.

After he fell off the table, Mrs Rohima quickly covered his body with the white table cloth, signifying that her husband was dead. The assassin and his companion then sped off.

Top: The village headman’s wife and troops outside the restaurant where he was shot. Photo: Sanook.com 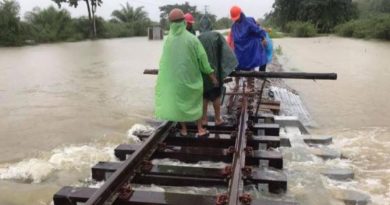