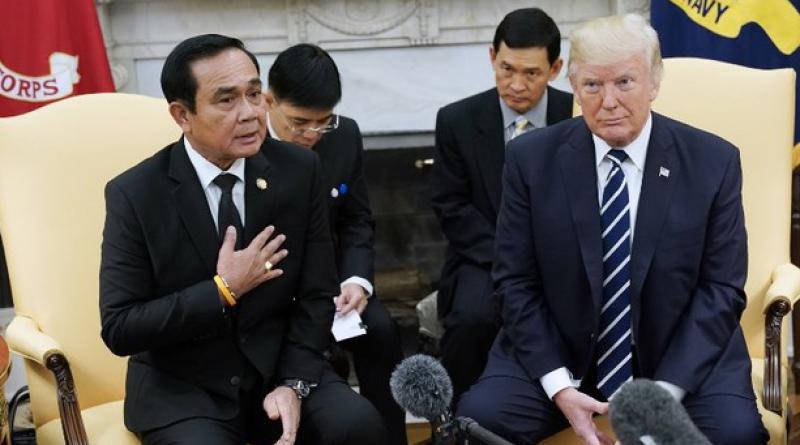 OVAL OFFICE: PRESIDENT TRUMP:  Thank you very much.  It’s a great honor to have Prime Minister Prayut of Thailand and Mrs. Prayut.  This is a very great honor for us.

We’ve had a long and very storied history with Thailand.  In fact, we were just mentioning that Andrew Jackson, who is on the wall, was the president when we first developed the big relationship.

So we have a very strong relationship right now, as of this moment, and it’s getting stronger in the last nine months.  We’ve done a lot of things together, and it is a tremendous — it’s really very good to have you with us.

This has been a rough day for us because of what took place in Las Vegas, but this was a long-scheduled meeting and it is a great honor.  Thank you very much.

PRIME MINISTER CHAN-O-CHA:  (As interpreted.)  As the Prime Minister of the Kingdom of Thailand and on behalf of the people of Thailand, I am very delighted and it is a great honor for me to be here to meet Mr. President and, of course, the First Lady.

Mr. President has mentioned about the relationship between our two countries. We are longstanding allies.  Of course, Thailand would like to take this opportunity to express my condolences to those victims and family of the shooting incident in Las Vegas last night.  And I wish to express our solidarity with the American people.

Moreover, I would also like to express my condolences to those victims and their family in the US and in Puerto Rico who are affected by hurricane.  The government of Thailand and our private sector have also pledged for financial assistance.

We wish all the best for all success to Mr. President to tackle all these problems.

Coming to meet Mr. President today is a good opportunity for me and for the Thai government and the people of Thailand to work closely to further strengthen the cooperation between our two countries.

We work, of course, in hand on our security defense cooperation to help ensure that our citizens are safeguarded from terrorism and other threats.  Of course, we will work closely in order we solve the regional issue of concern, of course.

I am confident that, with President’s leadership, we will be able to tackle all the problems and work together in order to further strengthen the cooperation between our two countries, which we already mentioned that we have a long history of relationship — 200 years.

I also would like to commend the First Lady on playing such a vital role in looking after those who have less opportunity.  Of course, your daughter also worked very closely in order to tackle the problem.  I know that she developed the interest to solve the issues of women and children.  So therefore, Thailand stands ready to work closely with the First Lady and with Mr. President of course.

PRESIDENT TRUMP:  I do want to say that our relationship on trade — and we’ve been negotiating very long and hard, and we’re meeting with our representatives in a little while to go further.  But our relationship on trade is becoming more and more important.  And it’s a great country to trade with; they make product and different things that are really very important to us, and we likewise sell to you.

I think we’re going to try and sell a little bit more to you now, make that a little bit better if that’s possible.  But we have a big, full period of time scheduled with our two staffs.

We’ve been very — I mean, I think we’ve been — it’s been amazing what’s been done in a very short period of time on Puerto Rico.  There’s never been a piece of land that we’ve known that was so devastated.  The bridges are down, the telecommunications was nonexistent, and it’s in very, very bad shape.  The electrical grid, as you know, was totally destroyed.

But we’ve gotten tremendous amounts of food and water, and lots of other things — supplies — generally speaking, on the island.  So we’re going to be going tomorrow morning, first thing, very early.

We’re also going to be meeting with Governor Mapp of the US Virgin Islands.  He’s going to probably — because of the difficulty in getting in to the Virgin Islands, he’s probably going to meet us in Puerto Rico.

And then, very importantly also, on Wednesday morning, very early, we’re going to be leaving for Las Vegas, where we’re going to be seeing the governor, who I just spoke to; the mayor — governor of the state — the mayor of Las Vegas, who I just spoke to; the sheriff, who has done such a great job; the police department has done such a fantastic job, in terms of the speed, and we all very much appreciate it.

So we’re going to be doing that on Wednesday.  And we’ll be spending the full day there, and maybe longer than that.

So thank you very much everybody.  Appreciate it.  Thank you.

Top: US President Donald Trump and Thailand’s Prime Minister Prayut Chan-o-cha take part in a meeting in the Oval Office of the White House on October 2, 2017 in Washington, DC. Photo: Mandel Ngan/AFP via Rappler.com 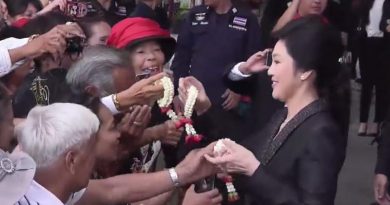 Arrest warrant out for Yingluck after no-show 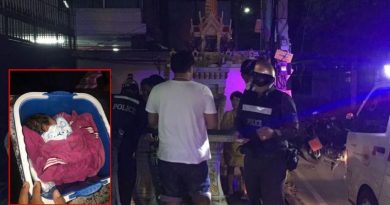 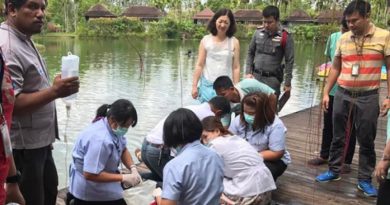