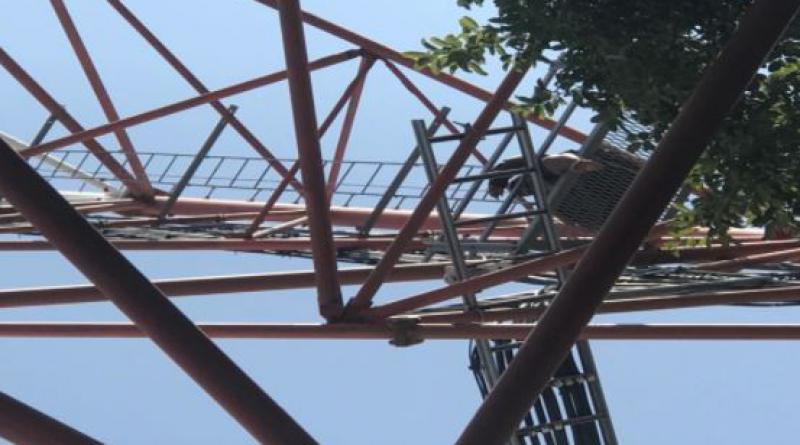 A middle-aged Thai man stressed out after a quarrel with his wife climb on top of the radio tower at the National Police headquarters this morning (Dec. 7) and police are working hard at saving his life, Thai News Agency reported.

After climbing the radio tower, which is 7 stories high, at 9.30 am this suicidal man dropped 2 pages of text. One sheet listed the names and phone numbers of his 10 relatives, while the other is a copy of his ID card, with his name being Samorn Khambai, 43, a resident of northeastern Nong Khai province.

Next to it was the name of a Bang Sue policeman whom he asked to help find his wife last evening.

Police are working hard at saving Samorn’s life and have cleared the ground near the radio tower, and placed air cushions around.

Two office, Pol. Col. Krisana Pattanacharoen and Pol. Col. Danat Kimsungnern, who are good at persuading, went up on a crane to talk to Samorn.

He told them that his wife, Krisana Khambai, 25, works as a cleaner and after a big quarrel 3 days ago disappeared and has changed her phone number. 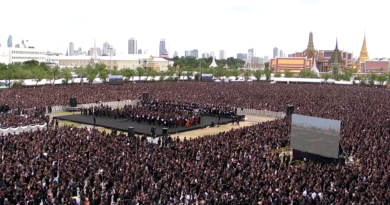 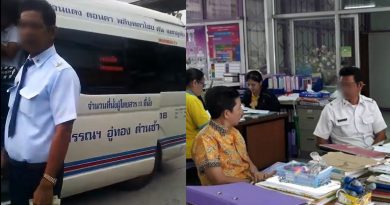 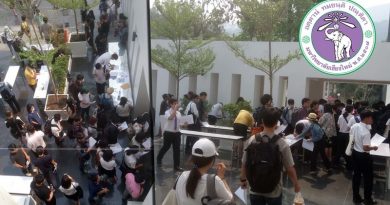