A woman burned garbage after a big cleaning day but then the fire spread and ended up burning the house down. Villagers were shocked when the fire started spreading, they were afraid other homes would be burned down too. The woman decided that it was time to clean her home and get rid of any collected trash. The Khon Kaen Police Station were notified of a fire at 17.30 on 13 January 2020 at a home in Thepparak Village. The village is located in the main city of Khon Kaen Province. Officials notified the local fire station and rescue team before heading to the location.

They arrived to find a burned down single-story wooden house. More fire trucks were called in as the fire risked entering the neighbors home. There were heavy winds that made it even harder to put the fire out. After 30 minutes they finally were able to control the flames. The homeowner, a 49-year-old woman, stated she wasn’t home when the fire started. Her 27-year-old granddaughter was home alone. The granddaughter explained she was cleaning the home and gathered the garbage in a pile right in front of the house.

She started burning the garbage before returning inside. There were heavy winds that blew the fire into the house. Once the fire started it spread out fast and there was nothing she could do. Officials collected evidence and interviewed all witnesses in the village. The local authorities are finding ways to help the family recover from the fire. This is a big lesson for the granddaughter to never burn garbage again, it wasn’t the right decision to start a fire right in front of a wooden house. Burning garbage is also bad for the environment and your health. Exposure to toxic air pollutants not only affects the person who burned the trash but also locals in the area.

FB Caption: It wasn’t the right decision to burn garbage right in front of the house. 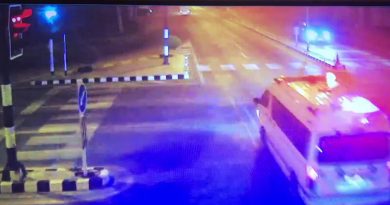