Opposing groups of Thai protestors meet in front of the Royal Thai Embassy in Washington DC, USA. Democracy activists gathered in front of the Thai Embassy after the Severe Emergency Decree was declared in Bangkok and the incident where police dispersed protestors on 15 October 2020. The group of Thais in Washington and nearby announced that a meeting will be taking place on 20 October 2020 with the intention to show support for protestors in Thailand. The group made political signs and showed speeches relating to the incident on the 15th. While the group was joining in activities, an opposing group of Thais traveled to the Embassy on motorbikes and an argument started.

The opposing groups had heated arguments but there was no violence. Both groups ended up agreeing that each party should have their right to express the standpoints. A representative from the democracy activist group stated to VOA Thai that they are trying to express how they do not agree with what happened to protestors in Thailand. The representative stated “We don’t agree with how police dispersed the rally. The rally is asking that democracy be given to the Thai people. We also don’t agree with shutting down the media as we believe everyone in Thailand should be able to receive information from all channels without obstruction. It is the harshness that we cannot accept. We hope the government will listen to the people’s demands. This includes citizens, the youth, students, and all to hear what they are asking. 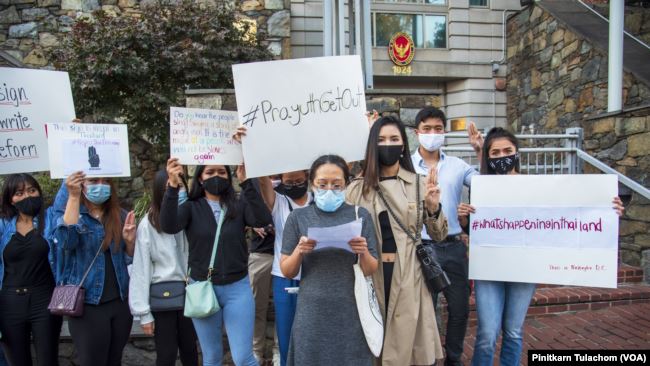 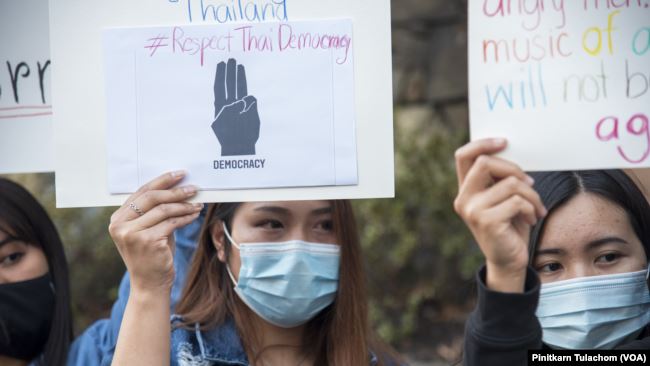 FB Caption: Democracy activists gathered in front of the Thai Embassy to show support for protestors in Thailand. 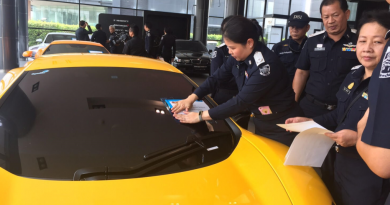