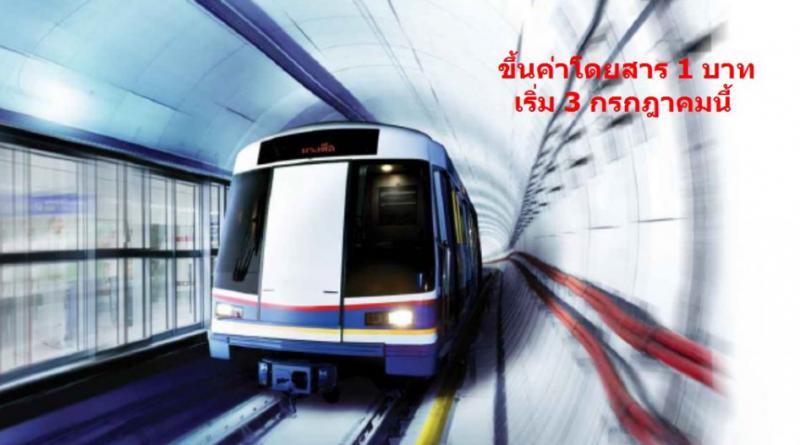 The fare is increased for the 5th, 8th and 11th stations traveled from the starting point. Minimum fare is 16 baht and the ceiling 42 baht.

Top: An MRT train speeding along its track with the overlaid Thai headline saying “fare goes up 1 baht from this July.” Photo: Thai News Agency 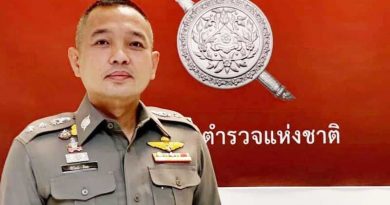